You’re in love and have met the man or women of your dreams. All you can think about is building a life together. All of us had that feeling before; you cannot wait to be with them, talk to them and just cuddle in their arms forever. This is how Renate Hoehne felt about her husband when she met him.

Renate is now 70 years old, divorced, broke and feels people should know her story. Like any other women, she dreamed about Paris and how romantic it would be if she and her husband would live out their lives in there. She was married for twenty years to the only person she loved.

She did not know it at the time, but she was so wrong and would forever be branded as being the wife of a killer. Before she met Detlef, she struggled a lot as a single mother of two. Renate started working as a representative for toys, handbags and high-quality towels for department stores. She began to make substantial amounts money. Renate was good with money, and she also inherited her parents home. She sold it and built and used the proceeds to build up a nice nest egg.She felt like an empty nester at the age of 37 and started to visit El Cortijo a Spanish restaurant.

They first met in the restaurant in Stuttgart, Germany. From across the restaurant, Detlef made eye contact with Renate, his blue eyes and two dimples gave her butterflies, and when Detlef came over to her table, he was such a gentleman. He asked if he can sit down and introduced himself much as James Bond would introduce himself. They talked till closing time and from there, their seven-year courtship started. Renate’s daughter warned her about Detlef; she told her mother that Detlef was a wannabe and she must be careful.

Renate was too in love to take notice of her daughter’s warning, and after six months of their courtship, Detlef moved in with Renate. They cooked, went on weekend trips in her BMW and Detlef was even into Opera, Renate said that he was such a sweet person. In their seventh year together in 1994 they got married, and as Renate was bringing in more money, she paid the bills. Detlef was a postal worker in Boeblingen, near Stuttgart. He was on the high of love and would take her BMW and drove to the other side of town to pick up movies so that they could watch together.

They moved into a 150 square meter apartment with a roof terrace, and two years later Detlef became Renate’s business partner as he hated his job. Renate gave Detlef power of attorney over the accounts, which is not surprising as husband and wife business partners often divide responsibilities in business. By 2002 their sex life was almost nonexistant, but Renate did not mind as she loved Detlef dearly and enjoyed his company a lot. Detlef would go out at night alone, and Renate feared that Detlef was seeing other women. If it was only that, that happened then they could still have worked through it.

Detlef works on his disappearing act

One time Detlef disappear for three days, like any other women Renate was crazy from worry and had no idea what happened. On the morning of the fourth day Detlef causally slipped into bed, Renate demanded to know where he was and the only answer she got was, I was with friends. She wanted to know what friends but he only snapped back that she should leave him alone. Renate saw that he looked pale and had circles under his eyes and felt guilty that she did not trust him, so she did not mention it again.

Detlef’s evening’s out would go on for 13 years, and Renate had accepted it to avoid a further rupture in her marriage. She never knew what he did but she trusted and loved him, and that was enough for her. On the evening of June the 7th 2010, Detlef now 57, stumble late into the house with dirty and torn clothes. He had scratches and bruises on his face and hands. Renate was very worried, and he told her that he was attacked. She then asked him if he phoned the police, and he said he did, but the guy got away. Renate treated his wounds, and in the morning paper, there was a short newspaper article about a 62-year-old Belgian tourist who was attacked by an unidentified man on the 6th of June in a parking lot.

On December 11th the police stormed the house of Renate and Detlef searching for evidence to link Detlef to two murders and one attempted murder in June and July of 2010.

Renate could barely believe what she is hearing and was in shock. The detectives handcuffed Detlef, and he started crying and begged Renate to believe him. Renate did believe him she had no reason to. He was, after all, married to her and she shared her whole life with him. When Detlef told Renate that he was going out with his friends for beers in her BMW and stayed out for three hours, she believed him.

Renate would later find out that Detlef stole her entire life savings of $380 000. He spent it all on his night time escapades. Renate started to question herself why she could not see what was happening. By day he was her husband and business partner by night, he was cruising bars to have sex with male and female prostitutes. The police told Renate that they think Detlef killed the gay men in revenge for giving him Aids. Renate did not think much about it as Detlef contracted Aids two years before they met. Detlef took an Aids cocktail, and she was not affected.

After Dietlief’s arrest, the police said that they had DNA evidence that linked Detlef to the victims. The police explained to Renate; an eyewitness in a parking lot wrote down the number plate of Renate’s BMW. For years Detlef at that moment things started to feel real, and it was over between Renate and Detlef.

Renate saw Detlef at his trial on the 4th of October 2011, Detlef looked weak and gaunt after he had a nervous breakdown in prison. The prison officials had to send him to the hospital. Detlef and Renate’s eyes locked and he yelled “Angel, forgive me,” Renate’s only answer was “No, I won’t.” Detlef was found guilty of double murder and attempted murder and was sentenced to life in prison.  The judge said that the accused has a deep-rooted tendency to kill he would do it again. Renate could have been his next victim.

They were divorced in 2014. Renate recalls that this has been the worst experience in her life and she never wanted to go through that again. Renate is as broke as a mouse and said that she will never fall in love again, although her therapist is recommending that dating will help her fear of love.

She feels that she is responsible for what Detlef has done, as she did not recognize the signs. Nobody ever does, if you want to see the bad in someone, you will always find it, but when you actually love someone, you do not want to believe that that person is capable of doing something wrong. Renate has a long road to go, but with love and support from her family, she will pull through.

So let’s take a look at Detlef, DNA evidence linked him to the murder of the 70-year-old to May the 8th 2010 murder of the 30-year-old Heiko S.  The attack on the Belgium tourist as well.

No one knows what happen to Detlef that he decided to kill, some speculate that he was not happy in his marriage other said that it was his kill switch, whatever the reason may be he turned his life and the life’s of Renate and her children upside down. Renate has to walk around with people giving her, and her children a frown and whisper behind their backs. They have to put the pieces together and just because Detlef decided that his life was not exciting enough.

It would have been much easier if he would just divorce Renate. I think his decision was not all about Renate; he had other reasons for killing. A lot of times killers have no idea how much heartache and therapy they cause for their families and act totally in selfish. We wish Renate all the best, and I believe that she will find love again.

Image source can be found here : 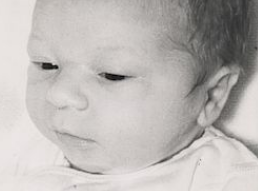