Most of us are fascinated by serial killers and what they did, it is no wonder that there are a few museums erected especially for serial killers and the crimes they committed. We like to visit and hear about the horrible things that happened to the victims of the serial killers knowing that they would not hurt us and the legends live on. Frightening as it may be these are splendid enterprises and has attracted people from all over the world.

They have locations in Hollywood, Los Angeles, and New Orleans. The museum was originally established in 1995 in San Diego by owners J.D Healy and Catherine Shultz. The museum’s goal was to make people happy to be alive; although I sometimes do not feel glad to be alive I have the feeling after being in this museum it will change my mind.

They started the museum by writing to serial killers they were interested in and then show off the serial killers artwork. After a few years of collecting and shows they had enough material to open the museum. In 1999 they attempted to acquire a lot of materials from Heaven’s Gate cult suicides. They bought enough of the merchandise to recreate the entire scene, and that led to enormous press and public interest.  They were evicted from the premises by their landlord and moved to Hollywood Boulevard, Los Angeles.

Before the Los Angeles building became the museum of death, it was the home of West Beach Recorders, and before that, Producers Studio, the very studio that Pink Floyd recorded his songs. In 2014 they opened the New Orleans branch called” Musee de Mort Orleans .“ The area is 12,000 square meters of space which would allow more and new collections to be viewed.

Some of their collections include Baby coffins in one section, serial killers letters and artworks, films of autopsies and graphic crime scene photos.

The recreation of Heaven’s Gate mass suicide includes the original beds. They also have the head of Henri Landru. Also one of Thanatron original suicide machines built by Jack Kevorkian. Once a year the museum, holds the Black Dahlia look-alike competition, where you can dress pre and post -mortem, Black Dahlia. In 2001 their attempt to procure a real electric chair was unsuccessful. So for all the hard-core true crime fans, this is a place you want to visit where you can walk in the shoes and history of your favorite serial killers.

The murders of this house occurred on the evening of 9th June 1912 and early morning of 10th June 1912 in Iowa. J.B age 49, Sarah Moore age 39, their four children ages from 5 to 11 years of and two of the children’s friends ages 8 and 12, were all murdered in their beds. After lengthy investigations, the only clue that the police have is a bloody ax near the scene and is seen today as one of the most horrible cold cases in history.

Through the years after the murders the house has seen many owners, but in 1994, Darwin Linn purchased the house and restored it to how it looked in 1912 without the bloody crime scene. The house is now open for tours from the first of April, through Halloween. You can stay over in the house for $428 a night, a pretty penny, but those who like to keep it real will get a thrill out of this 1912 home.

This prison was built in 1888, but could not be opened until December 1901 because of funding issues. The prison had no running water or electricity and inadequate heating.  Throughout the prison’s history, 13,500 people were incarcerated including 11 women. The prison was equipped with a dungeon, a punishment pole(men were handcuffed and whipped with rubber hoses). Also the prison carried out different executions including hanging and in 1936 replaced the hanging chamber with a gas chamber.

The prison had a broom factory 1901 to 1917, but inmates burned it down during a riot. After the riot, the facility was rebuilt to be a shirt factory where it brought in twice the revenue of the state. In 1935 the factory operated as a wool mill factory, they produced superior quality blankets for the military in World War II. The last production was creating license plates until the prison closed in 1981.

The prison was abandoned until 1987 when the movie “Prison” was filmed there. During shooting damage was done to the prison grounds. In 1988 the prison became a historic place and was established as a museum. The Wyoming Frontier Prison is on The Register of Historic Places.

The prison is open daily during the summer and offers guided tours. They also have Haunted Night Tours. The prison gets 15 thousand visitors annually. If prisons and history of the Western prisoners are something you found interesting, then this is definitely the place to visit.

The building was a café, it is said that Bonnie and Clyde ordered their last meal, sandwiches to go before they were gunned down 8 miles away. Bonnie died with that very sandwich in her hand. The museum has gruesome photos of Bonnie and Clyde after they were killed, with some of the real bullets on display. They also housed some of Clyde’s semi-automatic rifles and shotguns. Bonnie’s red hat and some of the glass of the windshield.

Eight miles south of the museum are a monument that was erected in 1972 that marks the death site of Bonnie and Clyde. The museum is open from 10 am to 6 pm Monday to Sunday. Bonnie and Clyde is two of the most iconic criminals in history and if you like to drive on the last stretch to where they met their end visit the Bonnie and Clyde Ambush Museum.

The museum first started in Washington DC, as The Crime Museum but had to shut its doors as the lease was terminated. The new and improved museum opened in December 2016 in East Tennessee. The building is designed as a combination of Tennessee first state prison and guard towers inspired by Alcatraz Lighthouse. With over 500 authentic artifacts, this is the perfect place to visit if you like crime and the history of American crime. I would definitely like to visit this museum one day.

In the magnificent landscapes of Florence, Tuscany Italy lies the Serial Killer Museum. In this museum, you will find a wax figure of Ted Bundy next to his car. Headphones where you can listen and learn about all the murders he committed. It also houses exhibits Jeffery Dahmer, Aileen Wournos and lots of gore, blood, weaponry and vile misdeeds. It is one of the most interesting things in the city to see, attracting thousands of tourists.

The audios are disturbing and were painstakingly researched. Some of the other attractions are an electric chair and a recreation of John Wayne Gacy’s bedroom, with John in a clown outfit. You can also enjoy a sense of history with French slaughterers and Hungarian vampirisms from as far back as the 15th century. You have the opportunity to listen to stories of Jack the Ripper’s killings while Charles Manson stares at you. Add this museum to your bucket list.

This museum is located in Turin, Italy. The museum was dedicated to Cesare Lombroso. Cesare founded this institution in 1898 under the name “the Museum of Psychiatry and Criminology .“He documented his beliefs and research into detecting criminality through physiognomy. This museum holds 400 skulls that Cesare used to develop his theory of cranial deviant behavior.

On exhibit are photos, criminal evidence of work produced by criminals in the last century. The museum also has the Gallows of Turin, which were used until the city’s last hanging in 1865. The museum is intended to recall the positivistic era in science, in which Turin played a key role, starting with Cesare work.

The collections of the museum include extensive interdisciplinary research by Cesare in the fields of criminology, anatomy, psychiatry, psychology, sociology, ethnology, anthropology, linguistic law, fine arts, and medicine. And then to top everything off Cesare’s head is on display, perfectly preserved in a glass chamber. 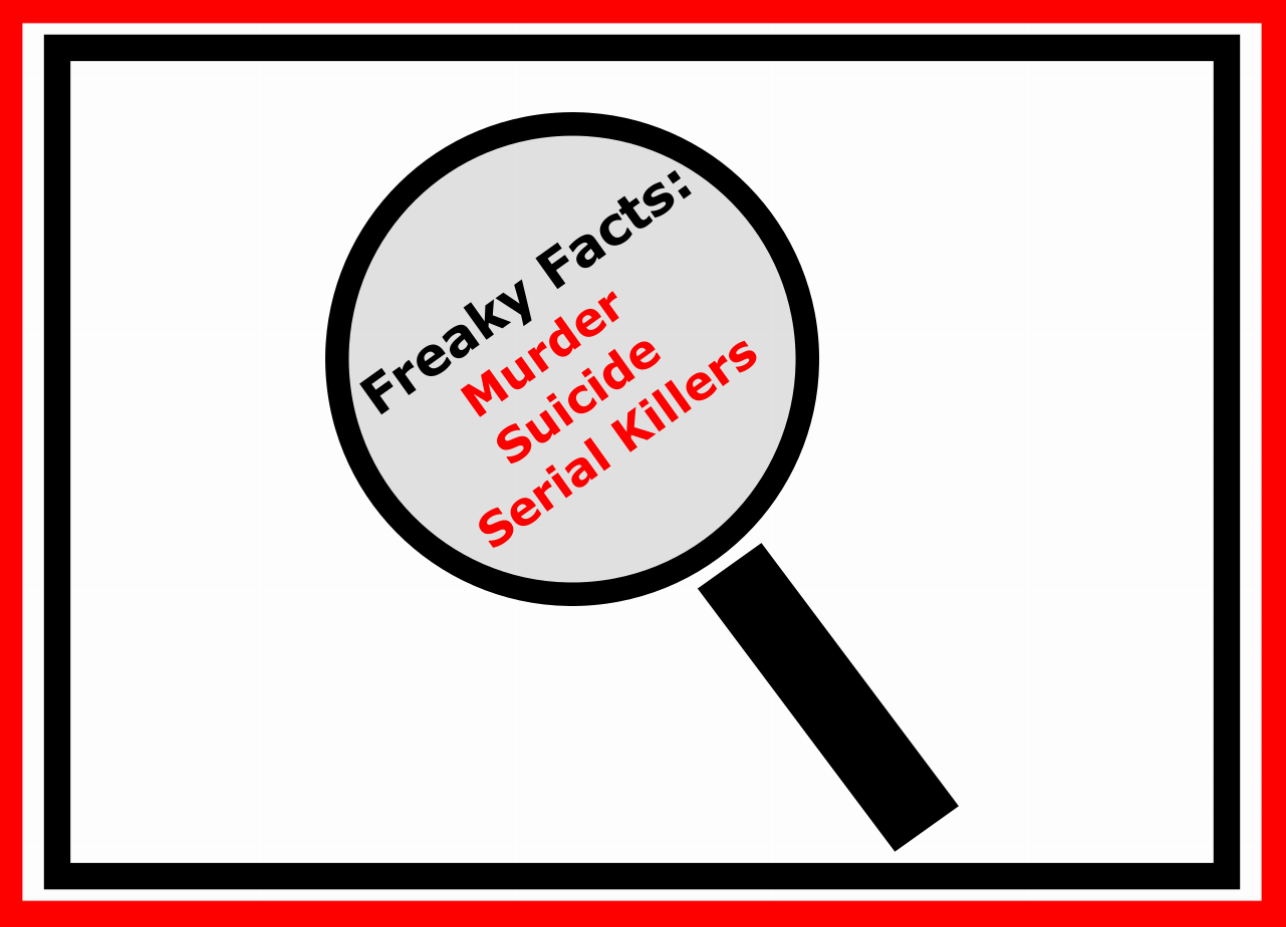